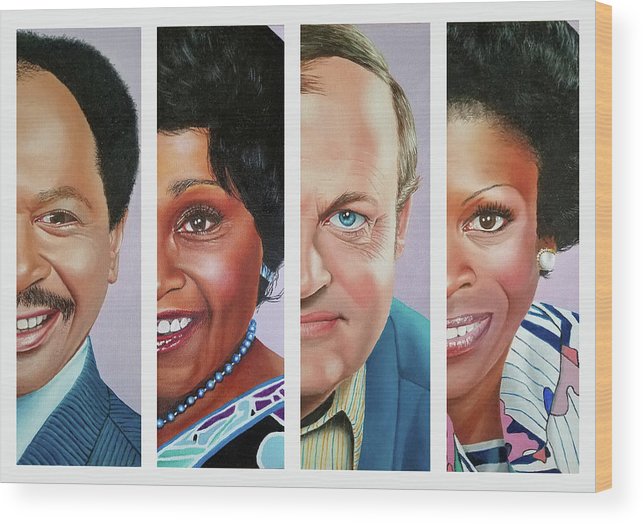 The Jeffersons wood print by Vic Ritchey.   Bring your artwork to life with the texture and added depth of a wood print. Your image gets printed directly onto a sheet of 3/4" thick maple wood. There are D-clips on the back of the print for mounting it to your wall using mounting hooks and nails (included).

1970's TV Sitcom, The Jeffersons. "We're moving on up, to the East Side..." This spinoff from "All in the Family" from 1975-1985 features the couple George and Louise Jefferson who move into a swanky high-rise building. Their friends in the building, Tom and Helen Willis provide a perfect foul for George's sometimes racist remarks.