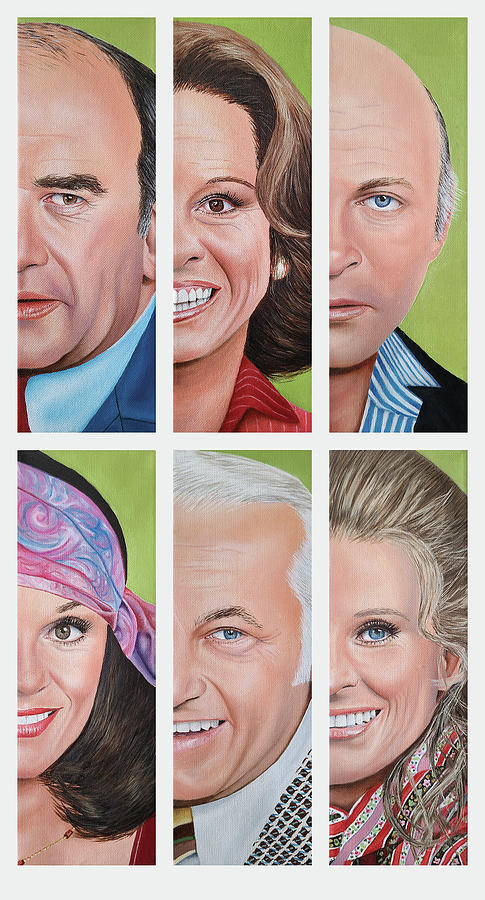 This original painting is currently for sale.   At the present time, originals are not offered for sale through the Vic Ritchey - Website secure checkout system.   Please contact the artist directly to inquire about purchasing this original.

1970s TV Sitcom. Mary Richards is a thirty-something single woman who settles in Minneapolis after breaking up with a boyfriend. She lands a job as an associate producer of the evening news at WJM-TV, which happens to be the area's lowest-rated station. Her boss, Lou Grant, hates her spunk but often looks to her to solve newsroom (or even personal) problems. Mary's other coworkers include news writer Murray Slaughter, anchorman Ted Baxter and "Happy Homemaker" Sue Ann Nivens (Betty White). Mary's home is a modest studio apartment, with nosey landlord Phyllis Lindstrom and her upstairs neighbor, Rhoda Morgenstern, quickly becomes a good friend. Later in the series, Mary moves to a plush high-rise apartment before leaving Minneapolis and WJM for good.

Each individual painting is a separate 4x12 oil painting on canvas. Set Two is vertical and there is another set that features individuals in a horizontal format.