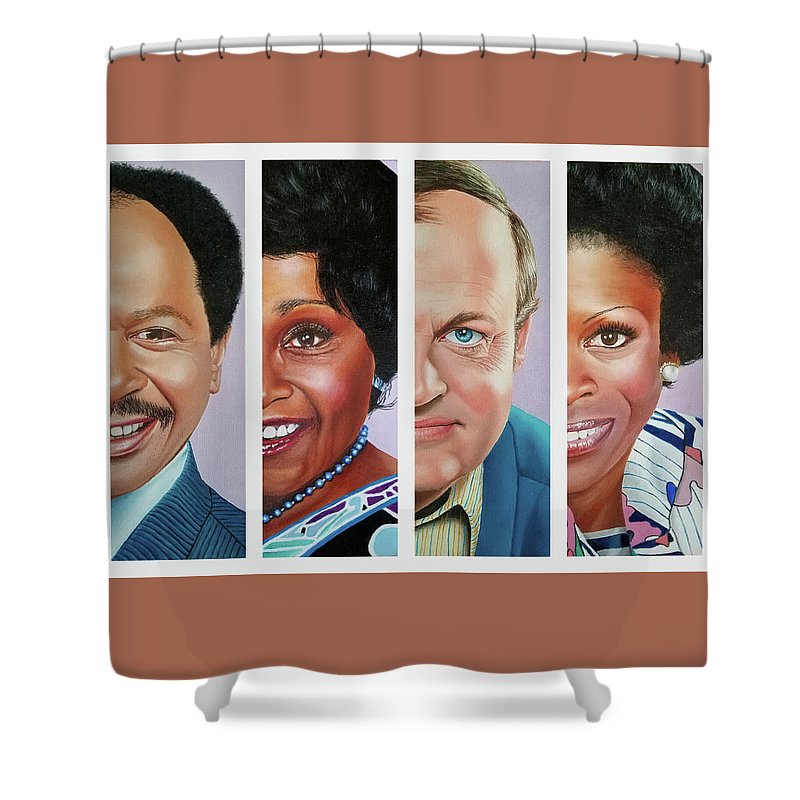 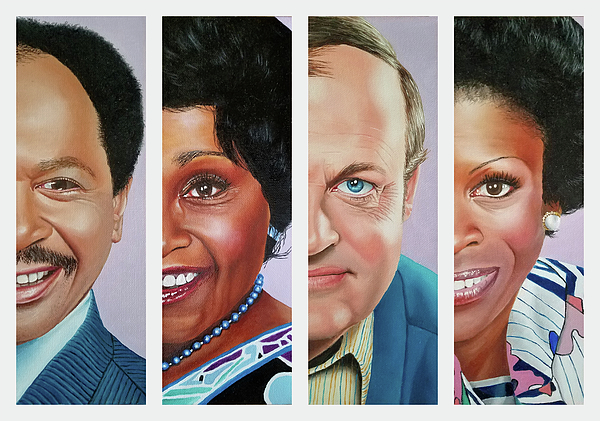 Our shower curtains are made from 100% polyester fabric and include 12 holes at the top of the curtain for simple hanging from your own shower curtain rings. The total dimensions of each shower curtain are 71" wide x 74" tall.

1970's TV Sitcom, The Jeffersons. "We're moving on up, to the East Side..." This spinoff from "All in the Family" from 1975-1985 features the couple George and Louise Jefferson who move into a swanky high-rise building. Their friends in the building, Tom and Helen Willis provide a perfect foul for George's sometimes racist remarks.